Many Trains, and many Wats 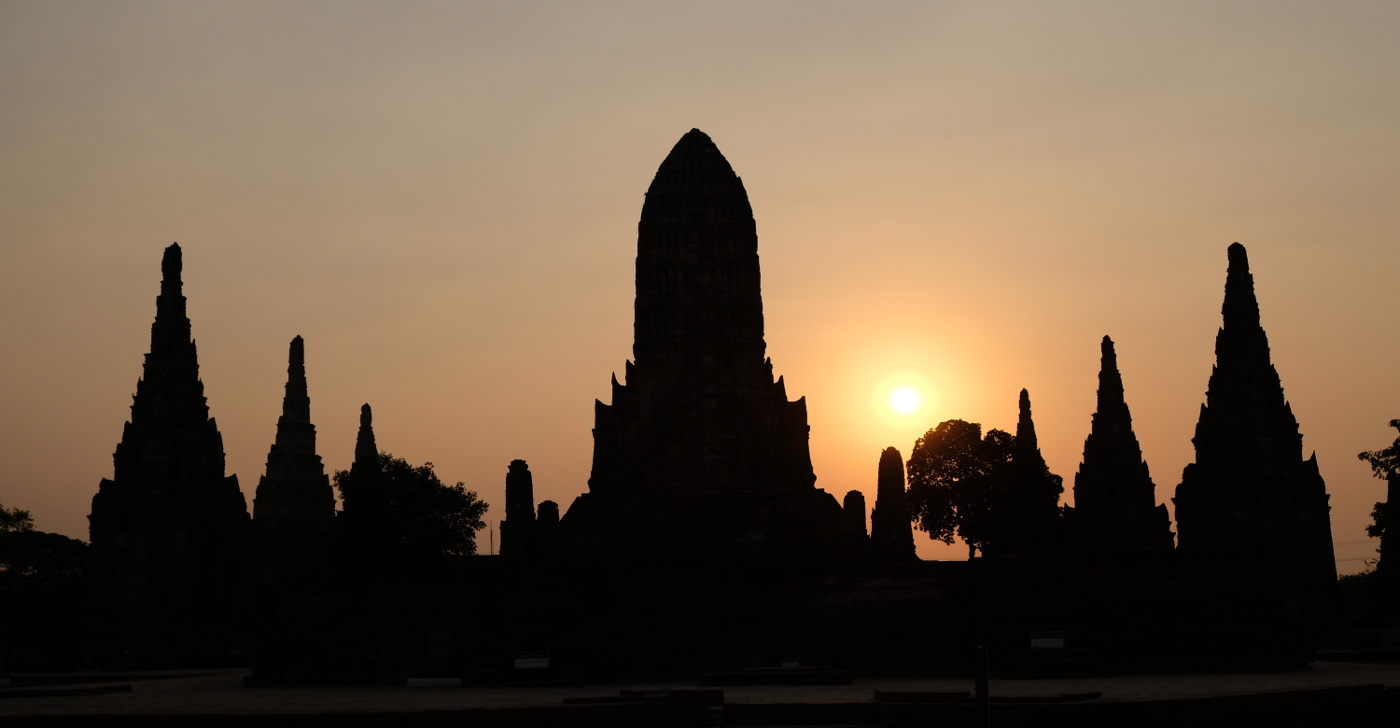 After spending our time rock climbing and, let's be honest, lazing around we had to catch up on our journey. You'd almost forget that we have places to be! So we decided to sacrifice some good quality sleep and take not one, but two night trains in a row to get us all the way up to Chiang Mai, in the north of Thailand. Not only would it provide some much-needed mileage, but it would also allow us to skip Bangkok, a city both of us were not particularly interested in.

Of course, the journey started with another minivan from Khao Sok to Surat Thani, where there is a train station. We wouldn't want to miss out on a cramped minivan of course, it is Thailand after all!

Surat Thani's stay turned out to be longer than expected, the train was 2.5 hours late… During that break, we checked out a night market which we bumped into. A trio of Bao Buns and unidentified meat sticks (a common snack in this part of the world) were acquired for the upcoming train journey. The bunks aboard night trains were no too shabby, providing us lodging and travel all in one. Simon had a top bunk, and Vee the bottom (we swapped for the second train), besides the general clunking and squeaking of our locomotion, the train provided quite an economical way to gain some ground… Though possibly at the cost of some quality shut-eye. The morning treated us with the sing-song greeting of Thai food vendors, making their way through the carriages. Each with their own tune, starting quietly, repeating and approaching louder, and louder, then softening as they proceeded past your carriage. 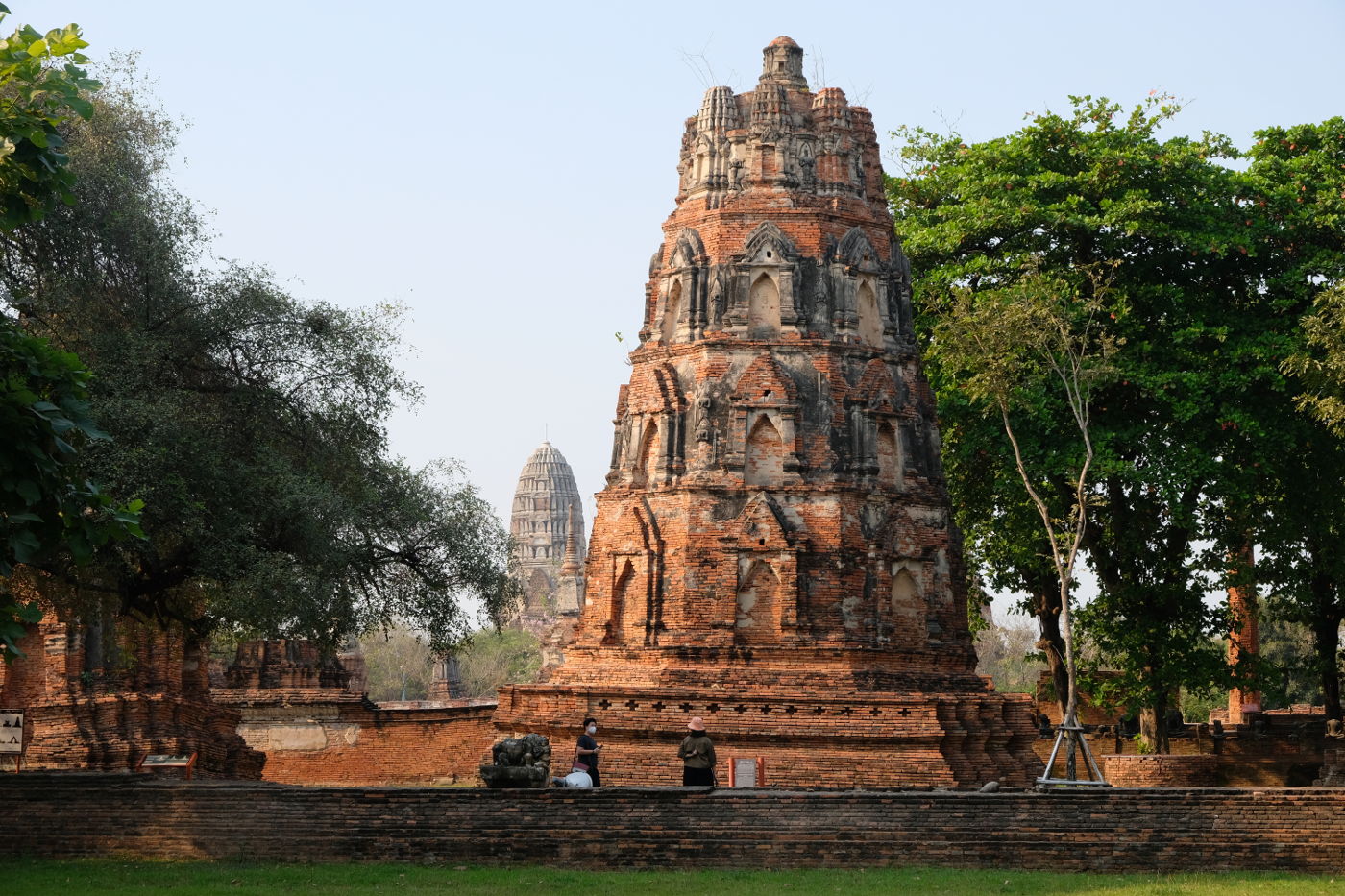 We were able to avoid the chaos of Bangkok via a local commuter train (yes we took a train between our two night trains). This train brought us into Ayuttaya for a mere 30 baht ($.75) for an hour and a half, though sweltering and cramped it was an upright seat well remembered. One other problem, we were starving! At now over 4 hours delay, the meat sticks long gone we were desperate for food. The venders only sold things wrapped in plastic so we had to sit it out to Ayutthaya for our well-deserved breakfast/lunch/pre-dinner at 3.30 pm. At 4 o'clock we were finally ready to explore the ruins of Ayutthaya. Since we had less time to explore (closes at 6), we grabbed a quick tuk-tuk (otherwise we would have chosen a good old fashioned bicycle) who toured us around the many ancient Wats (temples), and the occasional toilet break - Simon had finally eaten something his stomach has not agreed with, no more nice iced drinks or fresh veggies for a wee while.

Ayutthaya was gorgeous, and a must-visit for any lover of history or lover of brick - for there is a lot of brick! Originally built between the 14th and 18th century, Ayutthaya was once the capital of Thailand with more than one million residents. Built on an island between three rivers, it was perfectly positioned to become Asia's major trade hub, and no expenses were spared. However, all glory days will eventually end and after 2 years of siege, Ayutthaya fell and was plundered and partially destroyed by the Burmese in 1765, and the capital moved to Bangkok. Now they have partially restored ruins, but they are still beautiful - especially as we had them almost to ourselves. Our tardiness combined with coronavirus fears meant that the ruins were largely empty and part of it was bathing in glorious sunset lighting (As pictured at the start of the article). 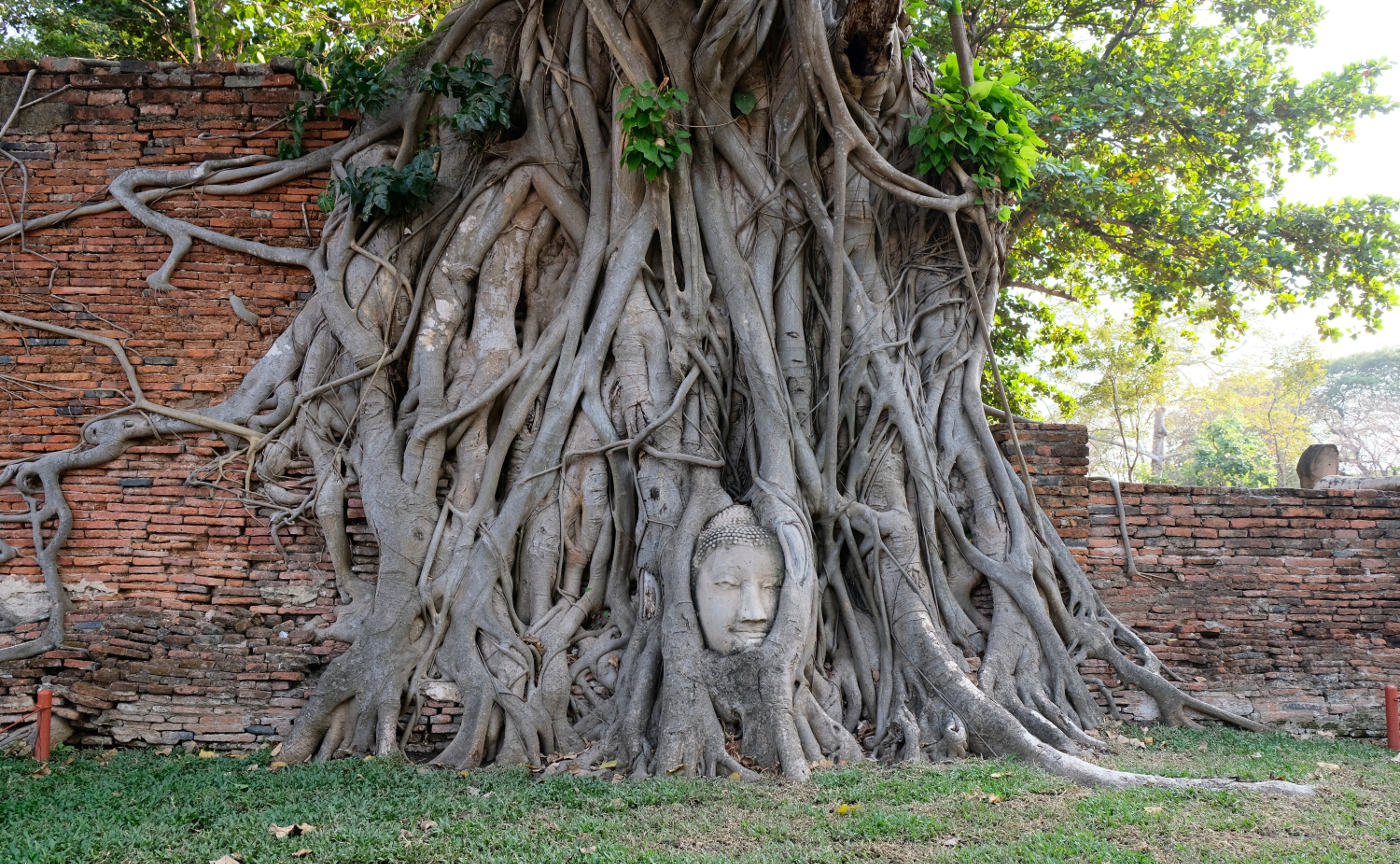 After our quick tour, in which we still felt we saw almost everything we wanted to see, and a delicious bowl of “Chinese noodle in gravy” later, we were ready to get back on the train. With only very minor delays and a quick birthday celebration for Vee's 30th, we arrived in Chiang Mai.

Next up, the long awaited Mae Hong Son Loop on a “motorbike”.