After around three years of living in New Zealand, saying goodbye to this place is almost impossible.

An Ode to Wellington

Imagine a place which allows you to explore nature, there is no commute to work in the morning (unless you count a 15 minute stroll along a lovely waterfront) and most people work reasonable hours. This place is relaxed and has quite a temperate climate (though the locals still actively joke of its windy nature). What if I told you this place actually exists… this place is Wellington, New Zealand.

Wellington was our home, it is also the place where we met each other. We frequented several favourite cafe's, ate a fair amount of brunches, wandered the hills surrounding the town, and rock climbed at Ferg's until we had done every route (They really should get around to replacing the top roping area!). Wellington is one of those places where no one second-glances seemingly odd attire, yes - that man is wearing a tree outfit and holding a tinsel wand, what of it? It is small - you see the same food carts moving around different places: Sunday; market waterfront, Friday; west bank with the buskers, and Saturday the bottom of Cuba street - but it is never boring. Keep your crippling caffeine addiction satiated at the numerous cafes littering the downtown core, Te Aro, dance the night away at the yearly street festival, Cuba Dupa, or if you're very lucky - a chance encounter from the local celebrity cat, Mittens. 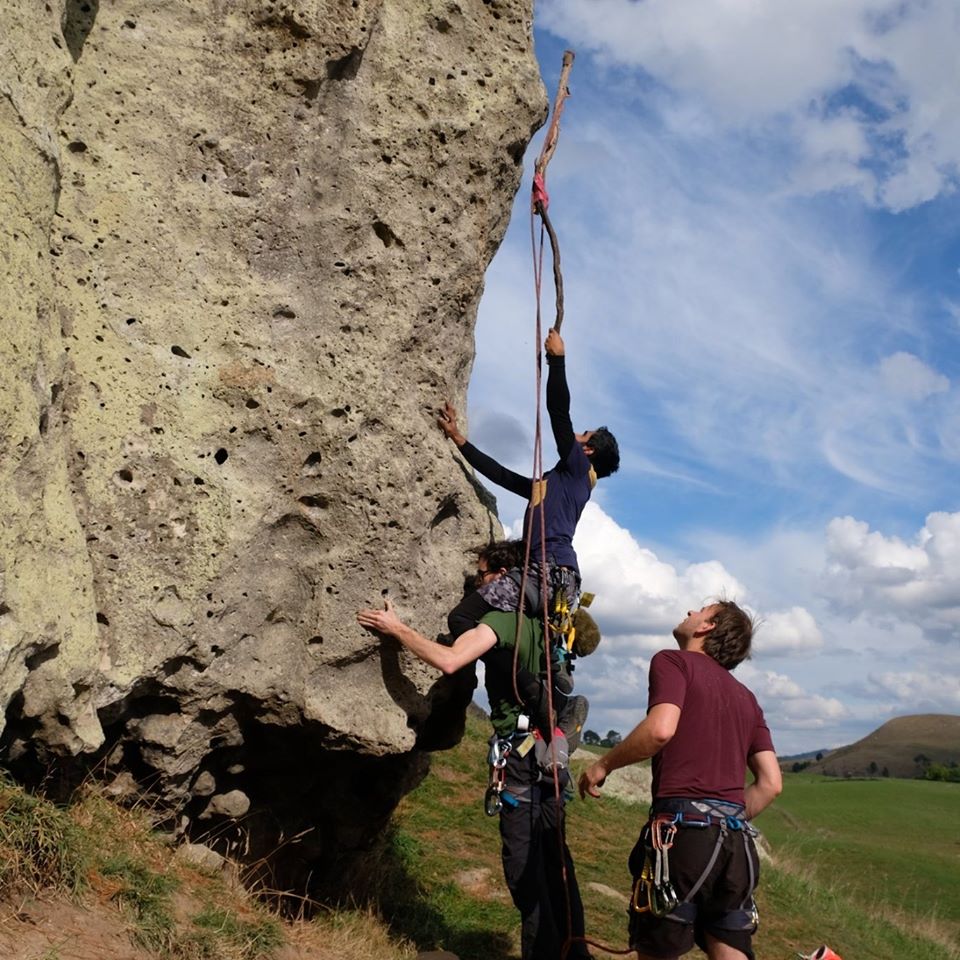 But of course, Wellington would not be Wellington without the kiwis (not the bird or fruit, we mean the people). Kiwi's may even rival Canadians for their nice-ness, or so suspects Simon (closest Canadian expert we had on hand). They are sometimes misheard by the un-accented; did he just say: Beer, or Bear? Was it Pin or Pen? So why are you inviting me out on your what?… I hope you said deck!? Wellington is the place where we made many good friends, from “Wellington's best climbing crew” (self-proclaimed), to work friends, to people you've never actually spoken to but you see them around so often they count.

Both of us, being the adventurous sort, gravitate towards scenic viewpoints and mountain tops. New Zealand's nature is beyond compare unless you mix Scotland and Ireland with some of Spain and Italy, squeeze in some Canada and add a little bit of Iceland. It is like lots of great places in the world condensed into a small travel-friendly size.

Let's take a stroll through some of our adventures before we start getting all teary-eyed on the subject. Instead of trying to describe it you to, let the pictures do the talking. 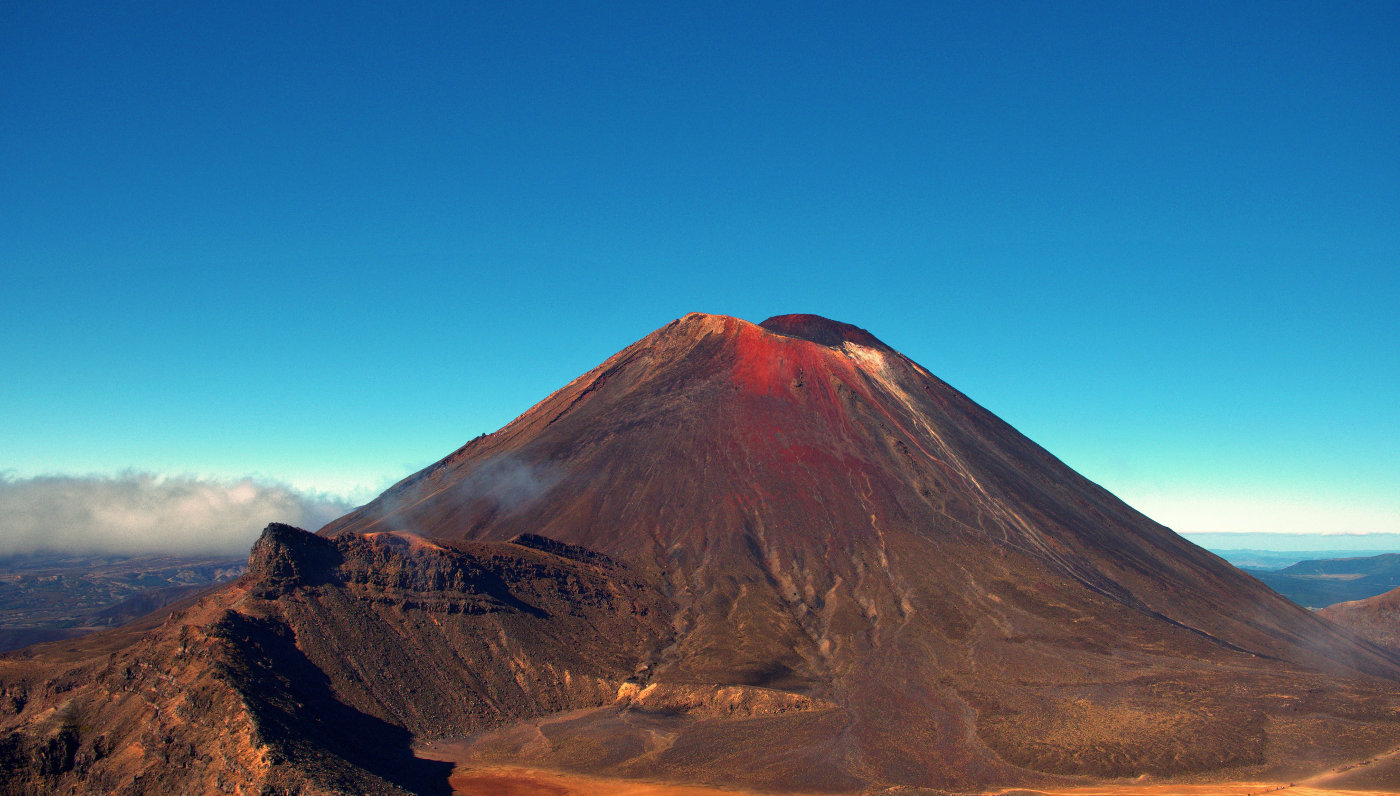 Perfect for if you are desperate for a place to drop off your precious ring along the Tongariro Crossing. 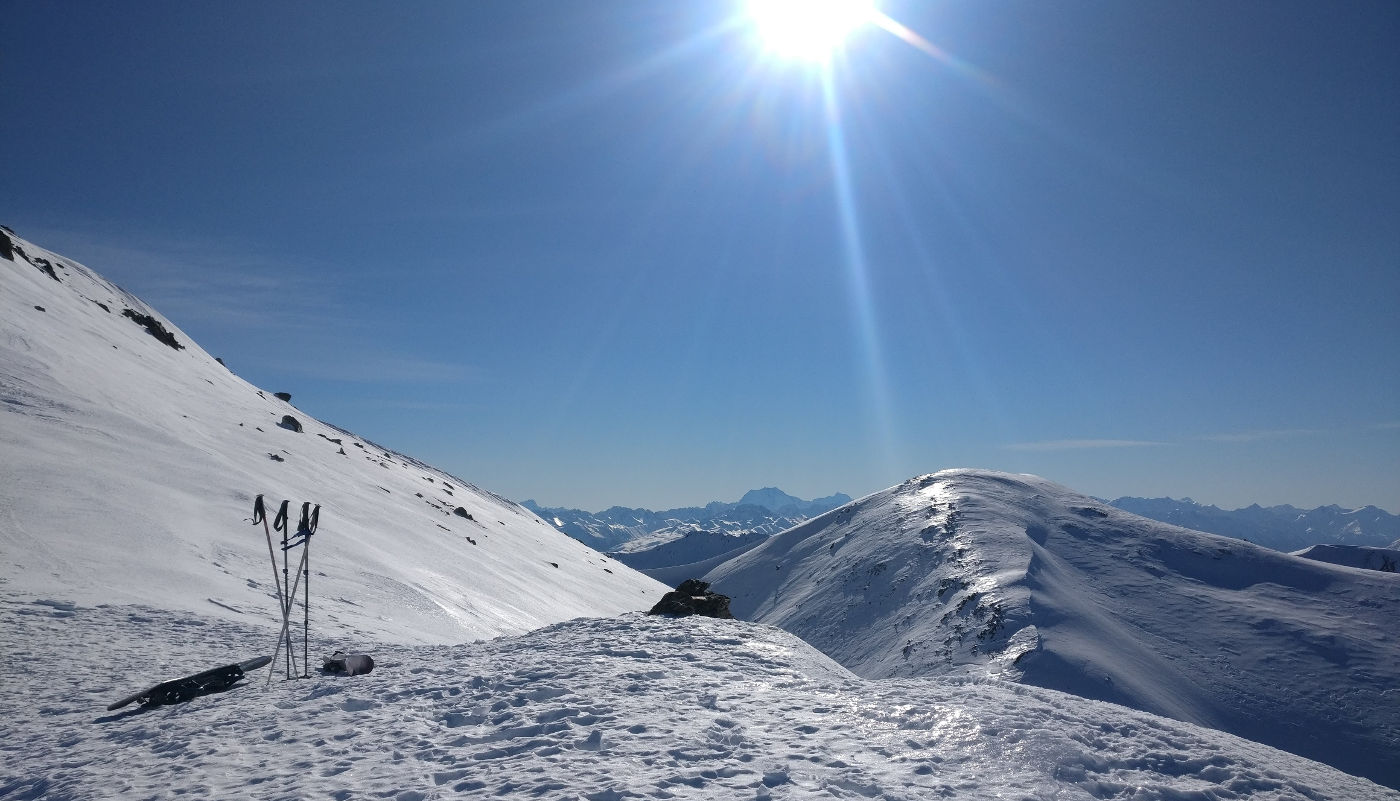 Skiing Mt. Dobson (Dobbo for the kiwis among us), near Lake Tekapo

There are even a few places to ski in winter. If you don't mind racing down an active volcano, try Ruapehu, just don't bring your good skis… Or if you want some decent snow and avoid the onslaught of Aucklanders, go south. 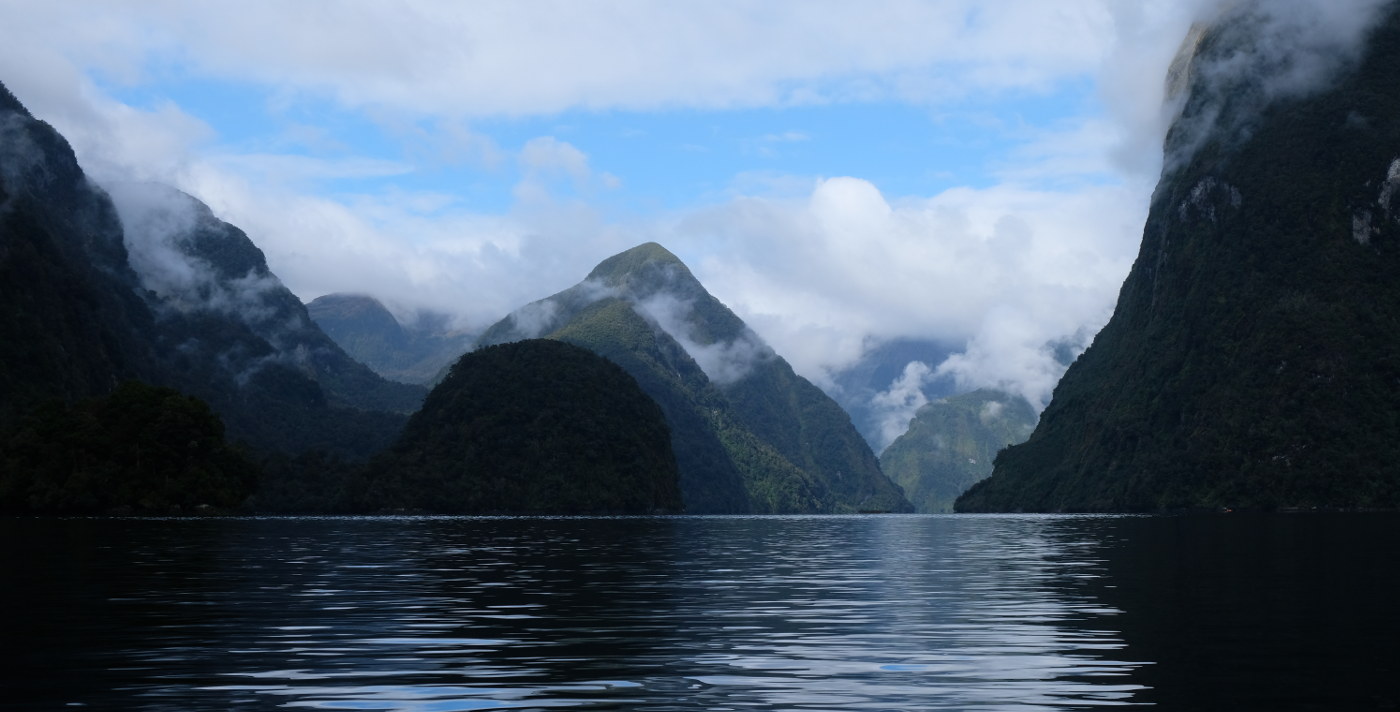 A view certainly worth waking up early for

Further south, in Doubtful Sound brave the mosquitos and hypothermia for a fantastic view while kayaking. The Fjordlands, a place where it's considered to be a drought if it has not rained in three days, where we somehow stayed dry not once but on two occasions. 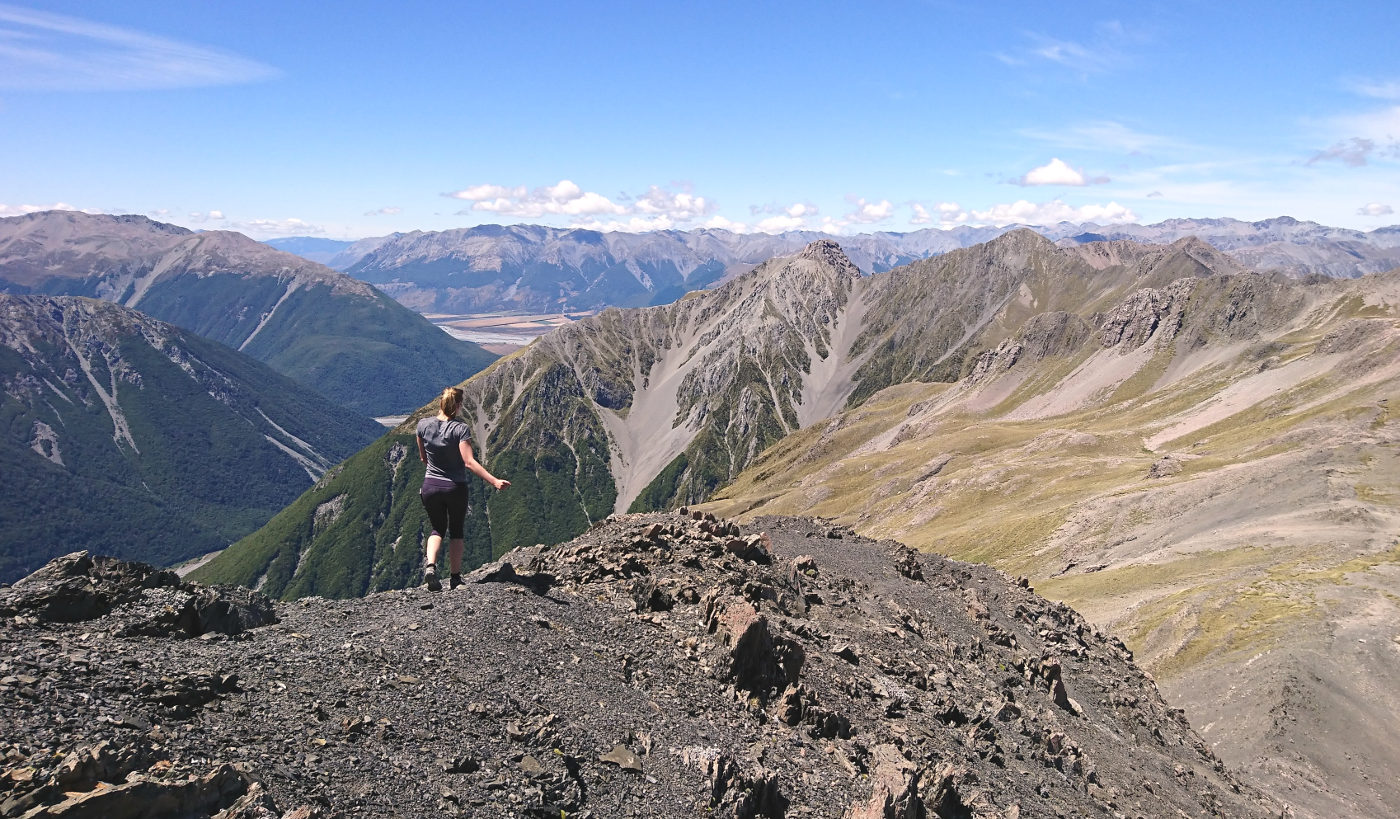 Vee frolicking around the top of Avalanche Peak at Arthurs Pass

And let us not forget the many trips we did over the Christmas breaks. First year, kayaking and boxed wine on the beach in Abel Tasman, followed by hitchhiking, hiking around Arthurs Pass and a quick dip in the freezing Hooker Lake by Mount Aoraki (Mount Cook). There's something amazing about waking up on the beach, sun blasting through your tent - and realising it is Christmas. I'm not sure I ever want to do a wintery Christmas again! 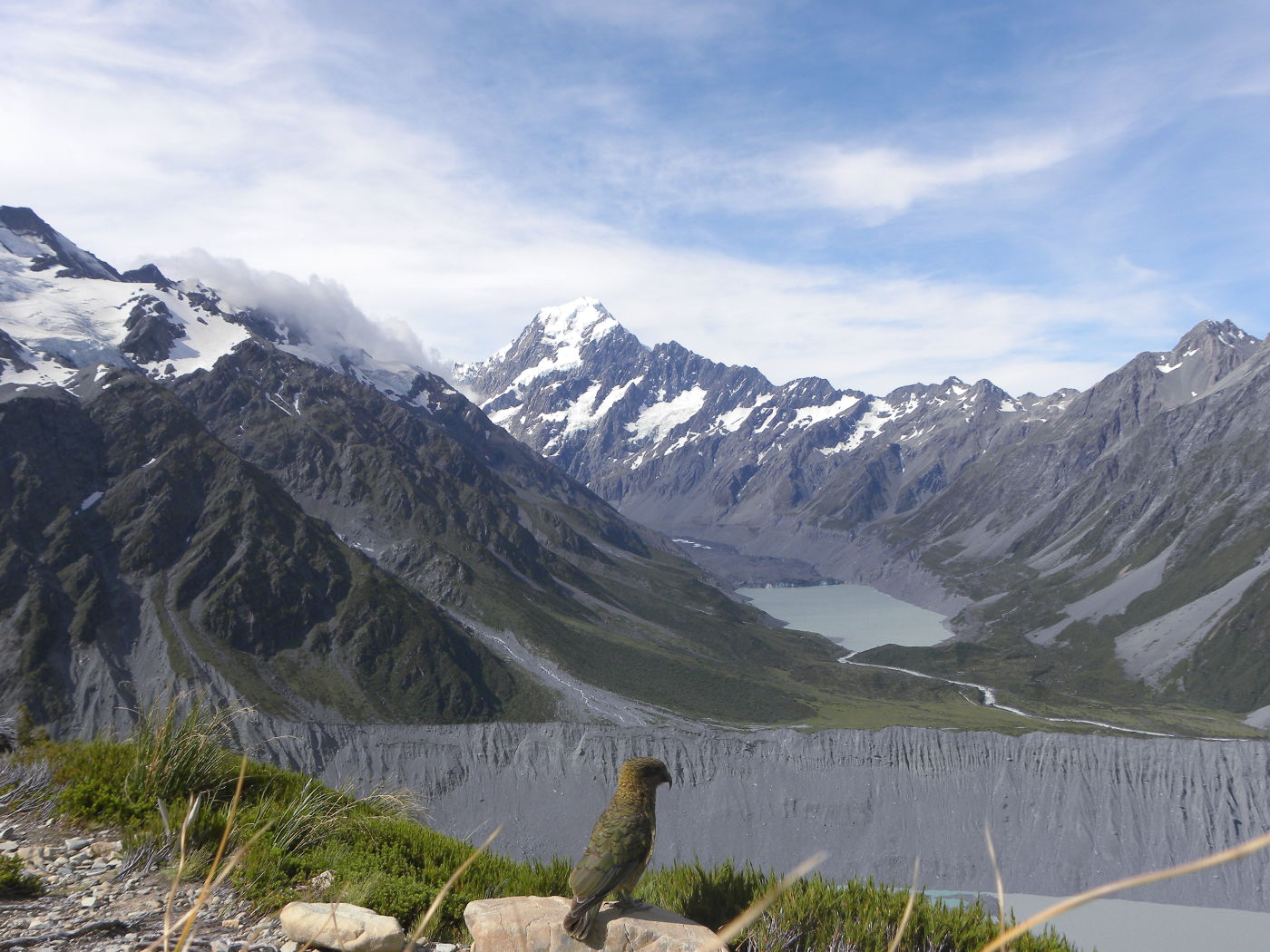 Second year, Stewart Island, where the stories of mud up-to-ya-knees was thankfully not quite so evident, where we quickly realised that long 6-day hikes were maybe not for us, but where a chance encounter with a kiwi (yes, actually the bird this time) made everything worth it. It is not every day that Simon gets stepped on by an endangered nocturnal bird strolling around midday. 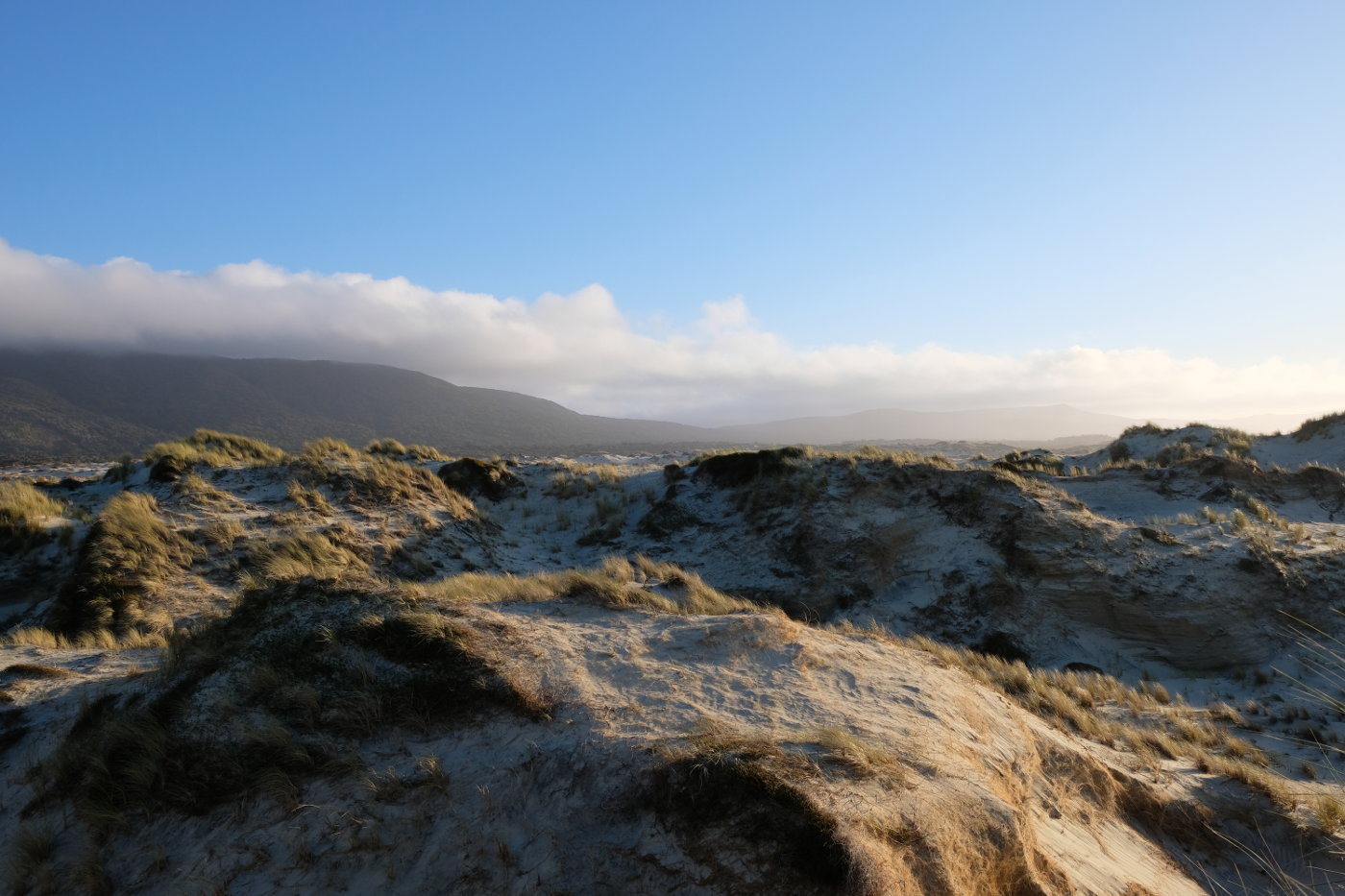 Not so muddy afterall 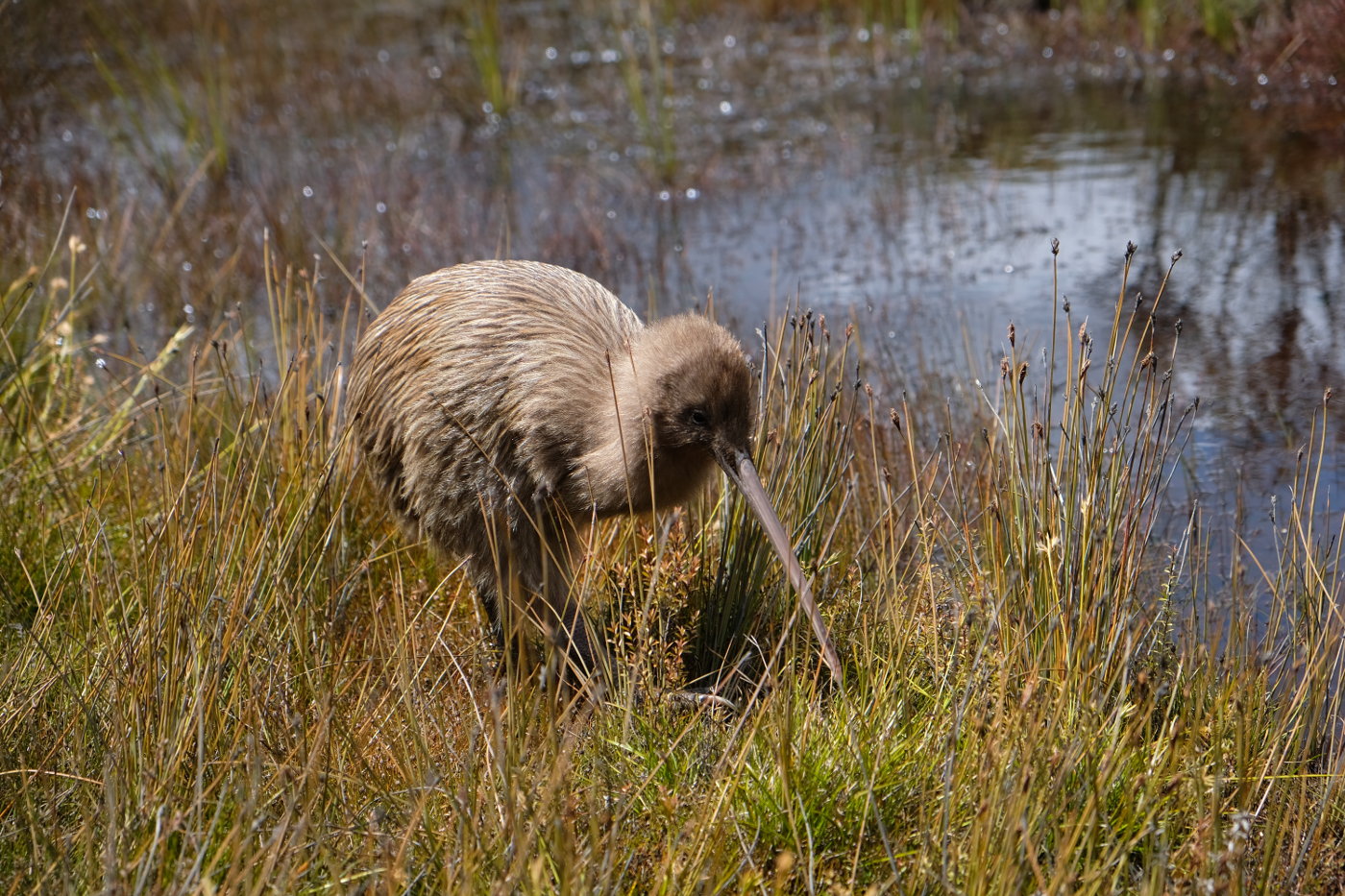 Why are you awake!?

And our final Christmas, spending it with friends, rock climbing, road trip (6 people, one car) and celebrating a proper Kiwi Christmas - bring out the Pavlova!

New Zealand, you have been amazing!

You may now be asking, why are you leaving - you, having read a fair portion of lament. Well, yes… We suspect we will return.

A special thanks to you kiwi readers out there, we miss you… already.

What a tribute! When you're back we'll do some more 6 day hikes for sure 😥

Love your blog - so much detail, keep up the good work, we love it.

So glad you're not letting the beauty of this country keep you here. There's much to explore in this life. You will always be welcomed back!

This trip looks like it's going to be epic! Have fun guys 😁🤙🤙

sigh What a beautiful tribute to a lovely country and people! We really enjoyed visiting and travelling in NZ with you both. The only down side (pun intended :s) is how very far it is from Canada!! Looking forward to reading along on your adventures enroute to Europe. Safe travels!! xx